In the current Israeli legal and cultural sphere, two issues are at the forefront of the discussion over the right to procreate: first, the regulations governing and conflicts surrounding surrogacy and egg donation, and second, the debate over posthumous fertilization. The first, surrogacy and egg donation, is the typological modern expansion of, or alternative to, traditional procreation. It opens the gates of procreation to individuals and couples for whom natural procreation was not possible in the past (due to medical reasons, sexual orientation, etc.), while, at the same time, it challenges the very understanding of fundamental family practices and concepts, especially as regards parenthood, motherhood, and fatherhood. Part 1 of this composition accordingly discusses the right to procreate, focusing on the regulation and practice of surrogacy and egg donation in Israel.

The second issue, posthumous procreation, is an excellent illustration of the expansion of the right to procreate, and a typological example of how this expansion moderates, or even blurs, existential dichotomies, such as life and death. Part 2 therefore discusses posthumous fertilization, with a focus on the debate over posthumous sperm retrieval of fallen soldiers. This debate clarifies the conceptual distinction between an individual right to procreate and a communal, or familial, right to continuation, along with the fascinating tension between the legal system and the social and political atmospheres.

On the basis of the first two parts, Part 3 focuses on the dramatic conceptual changes of parenthood definitions resulting from the evolution of assisted reproductive technologies (art) and from the broadening of the right to procreate (both are, of course, related, and influence each other). This part deals with the move from formal to functional parenthood, both in Israeli civil law and in Jewish law. The perspective of Jewish law is a significant player at this field, and it is discussed in various occasion throughout this composition. Part 4 accordingly completes the discussion by providing some description and analysis of the basic Jewish law approaches to .

To sum up, the main argument in this composition is that assisted reproduction in Israel gives expression to and develops the right to procreate. It is a complex right, and therefore at times no consensus has been reached on the form of its actual application (as in the case of surrogacy and egg donation, and, from a different direction, in that of posthumous sperm retrieval). This right, however, despite the debates on its boundaries, is widely accepted, practiced, and even encouraged in the Israeli context, with a constructive collaboration of three main elements: the Israeli civil legal system, religious law (which in the context of the Israeli majority is Jewish law), and Israeli society and culture. 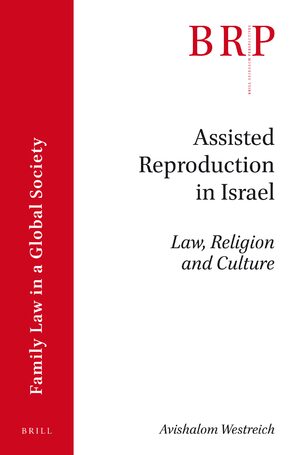