Raymond Wlodkowski began his work in education as an elementary school teacher in the Detroit Public Schools. For the last forty years he has taught at universities throughout the United States and Canada with professorships at the University of Wisconsin-Milwaukee, Antioch University-Seattle, Regis University-Denver, and Edgewood College in Madison. He is the founding Executive Director of the Council for Accelerated Programs (cap) and the former Director of the Center for the Study of Accelerated Learning at Regis University. He is a psychologist whose work encompasses adult motivation and learning, cultural diversity, and professional development. Dr. Wlodkowski lives in Chicago and conducts seminars for colleges and organizations throughout the world.

Recent books for which Dr. Wlodkowski shares authorship are Enhancing Adult Motivation to Learn, in its fourth edition and twice the recipient of the Phillip E. Frandson Award for Literature (1986 and 2009), Diversity & Motivation, winner of the 2010 Cyril O. Houle Award for Outstanding Literature in Adult Education, and Teaching Intensive and Accelerated Courses. His books have been translated into Spanish, Japanese, and Chinese. Dr. Wlodkowski has been the recipient of awards for teaching excellence at two universities and has also received the award for outstanding research from the Adult Higher Education Alliance. In October of 2012, he was inducted into the International Adult and Continuing Education Hall of Fame. He has worked extensively in video production, authoring six professional development programs including Motivation to Learn, winner of the Clarion Award from the Association of Women in Education for the best training and development program in 1991. His Ph.D. is in educational psychology from Wayne State University in Detroit.

A Memoir and Activities 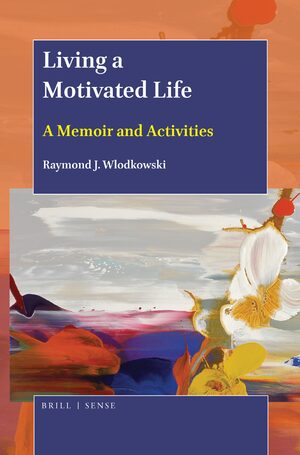