Reading and the Other: A Framework for Conversation

Following from the previous chapter, I go further in depth in this chapter on how the standpoint of the Other can be appropriated. The key questions I answer in this chapter are first, can the Other be sufficiently re-presented such that it avoids using the Bible to either service possible orientalising tendencies of the West or fuel nativist dangers of identity politics? Second, how can the standpoint of the Other be accessed ethically? I argue, with the help of Kuan Hsing Chen’s book, Asia as Method: Towards Deimperialization (2010), that the issue of the Bible being domesticated into agendas of the West and the East is that the reference point is always itself. Instead, one needs to draw from as many points of reference as possible. Therefore, in the Singaporean context, the reader is situated globally between Asia and the West and locally within a certain demographic. In the light of this, we need to draw reference points from the West, Asia and local groupings of relatively marginalised epistemic agents. In order to enter into these standpoints especially those which are radically different from us, I argue using Sara Ahmed (2000) that there is need to practise generosity and hospitality. However that is insufficient as there is the danger of assimilating the Other. As a form of corrective measure, I point out through José Medina (2012) for the need to employ epistemic friction which is allowing different standpoints to confront and challenge one another without allowing them to be absorbed into the most dominant one so as to pluralise one’s consciousness.

In the light of the above frameworks, I work out what it means to read the Bible in Singapore for transformative praxis and identity formation based on an analysis of my subject position (as a Singaporean Chinese male reader) vis-a-vis different Others. To begin, it requires drawing tangible connections between the ancient context of its production and the contemporary context of its reception, Singapore which takes into account both similarities and differences. It is after mapping out these connections, I then mobilise perspectives from the West, Asia and Singapore in constant dialogue on the biblical text so as to address the issues raised in the intercontextual exercise. Finally, I evaluate the discursive effects of the readings in relation to the key (un)problematics identified, the reading communities and the significant Others in Singapore who have been called upon to read the biblical text for me. 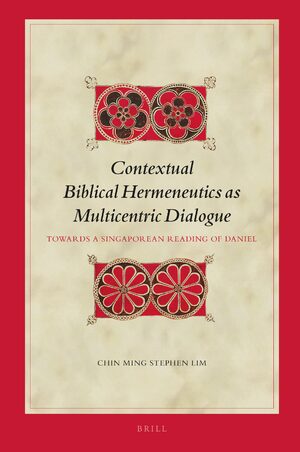