In: The Place of the Viewer
Author: Kerr Houston
Free access

At its heart, this is a book about the importance of points of view. In researching and writing it, I’ve been the fortunate beneficiary of the collective points of view of a number of individuals.

I am deeply thankful to the numerous scholars, artists, and individuals who responded to my inquiries with helpful observations of their own. James Ackerman, Sam Edgerton, Christopher Lakey, Robin Osborne, John Onians and Jack Wasserman each offered thoughtful and supportive reflections on the place of the viewer in their work, and in the larger field of art history. James Meyer generously responded to questions about Minimalist conceptions of the viewer, while Michael Fried and Stanley Fish took time to characterize the evolution of their thinking at a remarkable moment in the history of criticism. I am grateful, as well, to Robert Morris, Keith Shaw, Carolee Thea, and Eileen Hickey-Hulme for sharing their memories of Leo Steinberg’s instructional style, and to Sheila Schwartz for her aid in ascertaining details about Steinberg’s interest in dance. And at times, advice even came paired with a drink – and so thanks to Robert Hobbs, who offered encouraging words in a New York City café; to Larry Schaaf, who coupled his knowledge of the history of early photography with a warm cup of tea; and to Mitch Merback and Jackie Jung, for trading ideas about Walter Hege in a Hampden back yard over a collegial martini.

As a teacher, I have profited from the ideas of my talented colleagues and the thoughtful questions of my students. My thanks to Mónica Amor, who has consistently offered sage advice and whose book on the non-object lit the way for me in composing several pages of this volume. Thanks as well to Ian Bourland, for his whip-smart questions and suggestions, to Sarah-Neel Smith, for reading a partial draft of the text, and to Jennie Hirsh, for offering feedback and helping me see Tintoretto’s paintings in an entirely new way. This book also benefitted from the insightful queries and reactions of the students in my 2017 Osher course on the place of the viewer; it’s to them that I owe, among other things, the reference to You Are There.

Scholars often rely upon the largesse and structure of large institutions, and I am no different. I’m thankful to MICA, to the Grants Committee, and to David Bogen for offering financial support for this project. That support made it possible for me to do substantial research at the Library of Congress, the New York Public Library and Library for the Performing Arts, the Morgan Library, the University of Cape Town’s Hiddingh Hall, and the Smithsonian’s Archives of American Art. I happily acknowledge and applaud the helpful, professional support of their staffs. The bulk of this book, though, was written in Baltimore’s own libraries: in Johns Hopkins University’s Milton S. Eisenhower and George Peabody Libraries, in the Goucher College Library, and in MICA’s Decker Library. Thanks go to their staffs, as well – and especially to Aaron Blickenstaff, whose unflappably positive attitude always serves as a buoy.

An odd irony of books like this is that they are often dedicated to the very people were most egregiously ignored as it was being written. It would be unthinkable, then, for me to omit mention of Jaroslav and Linda Folda, who were always supportive of the project, or Jean and George Houston, who read the entire manuscript in draft form and whose remarks substantially improved it. I am most grateful, though, to Lisa and Cleo, who never complained when my back was turned towards them, and who always provided a happy alternative to the potentially isolating work of writing. The best perspective, I find again and again, is one paired with and supplemented by theirs.

The Place of the Viewer 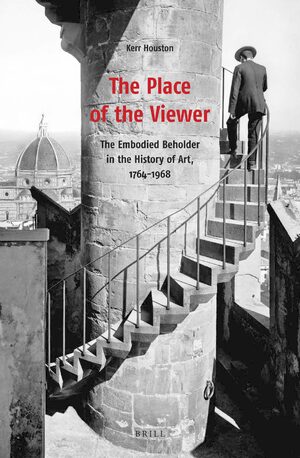