is a senior lecturer and programme leader for counselling in the Faculty of Education and Social Work at the University of Auckland in New Zealand. He has recently edited a number of interdisciplinary volumes which reflect his developing interest in the relational characteristics of client work and the transformational aspects of loss and trauma. Currently, his work focuses on the role that emergent spiritual experiences play in posttraumatic growth and how self-actualisation might positively intersect with concepts of heroic identity.

is Researcher in Philosophy and Human Sciences at the heraf – Consolidate Research Group in Hermeneutics, Anthropology and Phenomenology at the University of Zaragoza (Spain) and member of The Oxford Research Centre in the Humanities.

a former Art History Lecturer for the Highgate Institution and Associate Tutor at Birkbeck College, University of London – completed PhD thesis on Trauma, Memory and Aesthetics: The Berlin Holocaust Memorial Competition and the Representation of Negative History. He graduated from Oxford University and the University of Manchester, and served as General Editor and Art History Editor of the academic journal Dandelion. His research interests include Holocaust memorialisation, cultural memory and trauma studies.

is an Assistant Professor of Social Work at the University of Texas San Antonio. Her research centres on the use of feminist and arts-based methodologies to address gender-based violence. She was granted the Feminist Manuscript Scholarship Award for 2013 from the Council on Social Work Education and the utsa Presidential Achievement Award for Excellence in Teaching in 2018.

is a licensed clinical psychologist and a licensed chemical dependency professional, with positions in a wide variety of clinical settings since 1989. Originally educated as a musician and philosopher, she was a former Associate Professor and Chair of multiple university Psychology Departments. She now runs SeaGate Psychological Services, pllc, a thriving group psychotherapy practice in the Madison Park area in Seattle, WA, usa.

is a lecturer in Literary and Cultural Studies and PhD candidate at Central Queensland University. She has published three independent crime thrillers with themes of trauma. This research is supported by an Australian Government Research Training Program (rtp) Scholarship.

is a Canadian dance artist whose work has been seen internationally. On faculty at the University of Calgary’s School of Creative and Performing Arts, she engages in practice-based research investigating the post-traumatic landscape as a choreographic aesthetic.

is Professor at the Faculty of Letters, Kansai University, Japan. He has published several books, and his articles have appeared in journals including ariel.

specialises in degenerative neuro-cognitive disease, end-of-life care and aging in the United States corrections system. She was a post-doctoral fellow in palliative and end-of-life care at The Stanford School of Medicine, is a Researcher with The Oxford Research Centre in the Humanities and a visiting scholar at Suffolk University (England).

is an early career researcher who has recently completed her doctoral studies at Federation University Australia. Her thesis, titled The Immanence of Traumatic Rupture: From the Extra/Ordinary to the Originary, maps a set of significant theoretical impasses which dominate the interdisciplinary space of trauma theory and facilities an innovative approach to re-theorising trauma and re-thinking trauma studies.

is the Director of Television and Professor of Digital Media Production and Media Studies in the Department of Communication at Flagler College in Saint Augustine, Florida. With a vast background in the research and practice of medical humanities, film/video art and media studies, Serenati’s scholarly-art practice explores interdisciplinary approaches to critical inquiry involving preoccupations with illness, metaphor, spirituality and art.

an Associate Professor at Oranim Academic College of Education in Israel and an Adjunct Professor at the University of Alberta in Canada, as well as a poet, short-story writer, photographer and bibliotherapist – has published a monograph on Mavis Gallant (1998), a prized collection of photographs and texts entitled Reading Writers Reading: Canadian Authors’ Reflections (2006) and Interior Views: Photopoetry (2009). She has (co)edited several collections of essays on cultural space, ethnicity and identities, community and nation, and mixed heritage in Canadian literature. With Elspeth McInnes, she co-edited both Trauma and Meaning Making (2016) and What Happened? Re-presenting Traumas, Uncovering Recoveries: Processing Individual and Collective Traumas (2018). Her research currently focuses on literary representations of trauma and psychoanalytic interpretations of cinematographic works.

holds a doctorate from the University of Hyderabad, India, and teaches English Literature at Sophia College in Mumbai, India. Her research interests include Body Studies and Travel Literature.

is an Associate Professor of English at Ohio University-Chillicothe, where he teaches literature, creative writing, and composition. His research areas include twentieth-century American literature and culture, trauma studies, critical animality studies, posthumanism, ethics, and speculative fiction.

is an adjunct professor of literatures in English at the Federal University of Rio Grande do Sul, Brazil. He is a member of the International Gothic Association (iga), as well as a founding member of Estudos do Gótico, the first research group on Gothic Literature in Brazil. Besides articles and book chapters, he is the author of The Orgy is Over: Phantasies, Fake Realities and the Loss of Boundaries in Chuck Palahniuk’s Haunted (2013), as well as a co-editor of This Thing of Darkness: Shedding Light on Evil (2016), vertigo – Vertentes do Gótico no Cinema (Approaches to the Gothic in Cinema, 2017) and O Insólito nas Literaturas de Língua Inglesa (The Uncommon in Literatures in English, 2015). His main areas of interest are horror literature, horror cinema, the Gothic, dramatic literature, and the interfaces between cinema, literature and psychoanalysis. 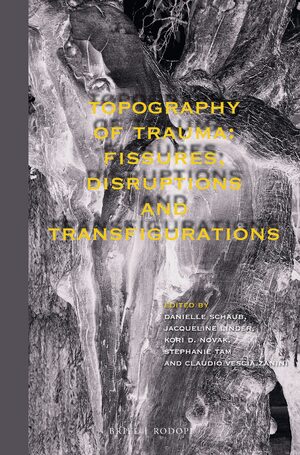