Some Political and Practical Issues

In: Enacting and Conceptualizing Educational Leadership within the Mediterranean Region
Author: Denise Mifsud

Educators have had good reason to be concerned with social justice in a context where diversity has become more pronounced in both our schools and communities, with widening divisions between the advantaged and the disadvantaged (). Internationally, increasing emphasis has been placed on utilizing the role of school leadership to address issues of social justice and equality (). This is unfolding within a scenario where comparative studies of the performance of educational systems, such as PISA, TIMSS and PIRLS, dominate the policy imagination globally, which assessment regimes have led to increased pressure on school systems. Locally, the issues of social justice and equity in education are being addressed via curricular and policy-oriented reform, within a society welcoming an ever-increasing influx of migrants and a local economic reality with identified skills shortages. It is within such a local Euro-Mediterranean context that this chapter seeks to explore how issues of social justice and equity are addressed at both policy and practitioner level. In-depth, semi-structured interviews with the Heads of both a Primary and a Secondary State School with an ethnically-diverse student population provide a narrative of leadership for social justice, while allowing for a critique of how policies are being perceived and enacted in practice. Leadership and social justice not being natural bedfellows (), with social justice being culturally constructed (), these headmasters’ narratives provide an understanding as to how personal, cultural and national contexts contribute to the enactment of social justice leadership. What criteria can we use to judge whether an educational policy or practice is socially just? How do we make comparative assessments of social justice in education? The findings of this small-scale study have implications for other national systems within the Euro-Mediterranean region, particularly those who are concerned with addressing issues of social justice and equity via schooling.

Enacting and Conceptualizing Educational Leadership within the Mediterranean Region 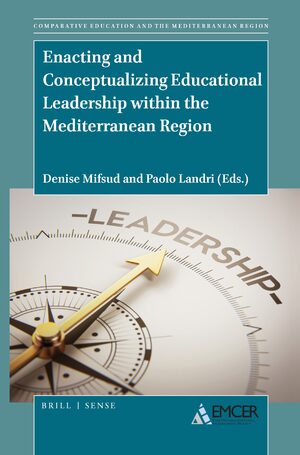