The notion that human beings are entitled, as a matter of right, to an effective remedy for human rights violations has a turbulent and incomplete history in the international arena. The idea itself dates back to the Universal Declaration of Human Rights of 1948, which declared that victims should have an effective remedy for violations of fundamental rights. The form of that remedy has remained a source of disagreement, especially with regard to whether states and state actors are subject to criminal jurisdiction for human rights violations, and to the form of victim participation in criminal proceedings.

Since 1985 there have been three distinct attempts to articulate victims’ rights. The first of the three is the 1985 Declaration of Basic Principles of Justice for Victims of Crime and Abuse of Power. Unfortunately the Declaration that was ultimately adopted, unlike the original draft, lacked expansive provisions for state accountability, especially for civilian superiors, and was limited in scope to domestic proceedings. In 1998 the international community returned to this issue as part of the Statute of the International Criminal Court and its 2002 Rules of Procedure and Evidence (“rpe”), which explicitly recognized individual criminal accountability and rejected head of state and other immunities. Finally, the 2005 Basic Principles and Guidelines on the Right to a Remedy and Reparation for Victims of Gross Violations of International Human Rights Law and Serious Violations of International Humanitarian Law (“2005 Basic Principles”) provided expansive rights to victims for participation and remedy, which the icc Statute and rpe did not.

However, the approaches adopted by the icc and the 2005 Basic Principles are not uniform and express a divergence in philosophies between the common law approach of the icc and the civilist approach of the 2005 Basic Principles. While the icc provides for the participation of victims in proceedings, their place in the system is limited by three factors. First, prosecutorial considerations often narrow charges to specific crime scenes or incidents, thereby limiting the right of other actual victims to participate, which is especially troubling where the prosecution’s facts are narrowed at a later stage, effectively denying the participation and status of victims who had been previously recognized as such. Second, the icc’s Statute and rpe, as interpreted by the Court’s judges, do not provide universal participatory rights for victims, so that their participation is not assured, for instance on appeal. Finally, it is not yet clear how much latitude victims have in presenting evidence that is not part of the prosecution’s case.

These limitations at the icc are incompatible with the 2005 Basic Principles, whose underlying premise is that victims cannot be denied a legitimate cause of action or the right to participate fully in proceedings which directly affect them. To date, the judges of the icc have narrowly interpreted the Court’s Statute and have yet to provide victims with the full panoply of rights and remedies as defined by the 2005 Basic Principles. While the 2005 Basic Principles are undoubtedly “soft law,” they will hopefully become binding custom and provide guidance for the reformation of the icc’s unsatisfactory approach. There is clearly a progression in the rights of victims at the icc when compared to the 1985 Declaration and what came before, but the process is still ongoing and as yet incomplete, and the icc will likely revisit the question in the years to come. 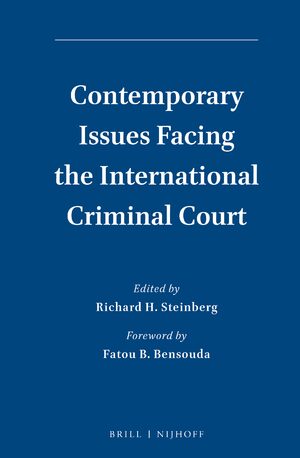