2003: A Turning Point in the Formation of Syrian Youth

In: Protests and Generations: Legacies and Emergences in the Middle East, North Africa and the Mediterranean
Author: Matthieu Rey

In 2003, the United States declared war against the Saddam Hussein regime. This study is based on interviews conducted in Syria (with Syrian men and women between 25 and 35 years of age) during the summer of 2012, which show that the War impacted a whole generation in Syria more so than any other contemporary event. Contrary to conventional understandings, the Hama events of 1982 and the Bashar al-Assad presidency did not impact the generational trajectory of this group – these events did not generate a ‘common’ generation. Instead, every interview referred to the Iraqi War. In analyzing how these young Syrians speak about the War, the article first explores how a common representation was built in the first place. Mass media, censorship, and the production of social memory all played significant roles in this process, and the analysis shows that this generation shares a vacuum regarding the War. Their memory was therefore globally ‘empty’ as they could not refer to any other event, in effect producing the ‘Iraqi War’ generation. This is vital for our understanding of the recent forms of protests in Syria.

Taking the representations built on the Iraqi War into consideration, the article interrogates how and why a Syrian generation starts to contest the al-Assad Regime in 2011. Indeed, the event of the War impacted ways of organizing people, and shaped the political views of the youth. The article argues that the ‘Iraqi War’ generation basically accelerated some important social changes in Syria.

Protests and Generations: Legacies and Emergences in the Middle East, North Africa and the Mediterranean 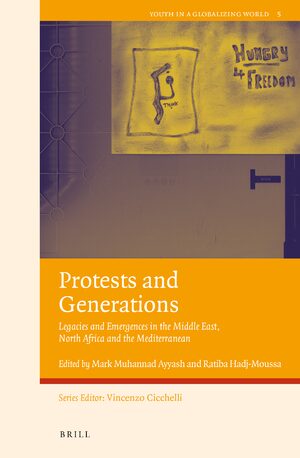