This essay focuses on W.B. Yeats’s contact via his close relationship with Ezra Pound in the mid-1910s with Vorticism and its textual embodiment in the pages of BLAST. The Irish poet’s June 1914 essay “Art and Ideas” seemingly refers to Henri Gaudier-Brzeska’s sculpture, Hieratic Head of Ezra Pound. It also bears the traces of the art criticism written around this time by Pound and other associates of Vorticism. Yeats’s essay, therefore, can be read as offering a pre-emptive and implicit critique of the first issue of BLAST. In exploring the legacies of aestheticism and decadence in relation to the emergence of modernism in the visual arts, it highlights the danger to the Vorticists of being co-opted into the nineteenth century’s cult of beauty. In BLAST’s second number, Lewis responds to such dangers by overtly blasting away at the remnants of aestheticism. He also exhibits a more sociological concern for the place of the artist amid modernity in turning to questions of patronage and institutionalization. Parallel developments occurred in Yeats’s and Pound’s work of the period too, as all three writers sought for a means of reconnecting art to ideas and of escaping the ongoing crisis of aestheticism. 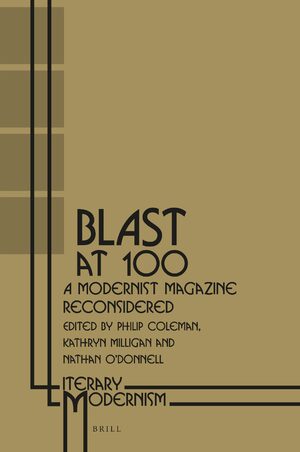