This Chapter examines the implementation dynamics and outputs of informal EU readmission arrangements with selected African countries, using a diachronic frame of pre- and post-2015 European crisis assessment. Readmission arrangements are understood as instruments or tools not formally qualifying as EU Readmission Agreements, which are officially presented as political (non-legally binding) or practical/operational in nature. They constitute extra-EU Treaties modes of transnational law enforcement on the management of migration and expulsion of irregular immigrants. The Chapter argues that their blurred legal nature and lack of transparency makes of them policy ghosts in search of EU normative identity. They also constitute venues – intersecting policy universes – where various political and law enforcement actors seek the right interlocutors to pursue their interests and build alliances on readmission priorities. EU readmission arrangements raise profound legal uncertainty challenges; not only as to whether they create new legal obligations and affect the rights of individuals, but also regarding their relationship with the EU rule of law, democratic accountability and fundamental rights standards enshrined in the Lisbon Treaty. 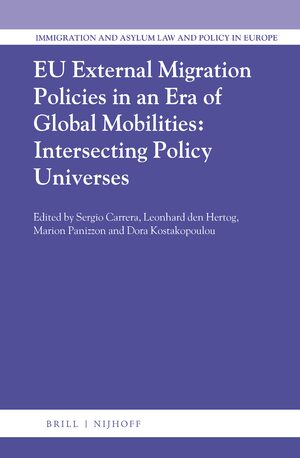