Innocence Challenged: Perceptions and Constructions of Human Security in Scandinavian Literature on the Arctic

In: Human and Societal Security in the Circumpolar Arctic
Authors: Helene Peterbauer and and José Miguel Roncero Martín

On the background of Jean-Paul Sartre’s concept of engaged literature, the authors analyze the theories widening the concept of security as well as the concepts of human and societal security by means of literary examples addressing human and society-related security aspects in the Arctic. The authors explore how these security aspects are depicted, what human and societal challenges are reflected in engaged ‘Arctic literature’, and whether security narratives are present in these texts. In so doing, this chapter also advocates for a more comprehensive approach to studying Human Security issues, which includes products of art and (popular) culture, such as works of fiction, as well. This chapter focuses on Scandinavian, primarily Norwegian literature on the Arctic, with a particular focus on the Barents region. The literary examples presented in the following exemplify the potential and the tendency of works of fiction to thematize human, rather than traditional security challenges – as is the case with the examples of Sámi literature reviewed below – while the examples of Svalbard novels discussed below also demonstrate that even though literature originating from a context of contested territory will inevitably address traditional security issues, these concerns are naturally entangled with matters of Human Security.

Human and Societal Security in the Circumpolar Arctic 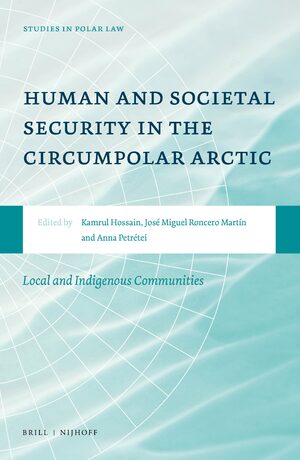