In: "The Scaffolding of Our Thoughts"
Author: Ann Kessler Guinan

I would like to dedicate this short study to my friend and colleague Francesca Rochberg whose work on divination, observation of the natural world, and appreciation of crows have all been an inspiration to me. This work is also dedicated to her friend, Jim, the baby crow she rescued and raised. Together they showed me what should have been obvious—the value of getting up from my desk to pay careful attention to what was happening outside my back door and then taking what I observed back to the way I understood and translated texts.

My interest in crows dates back to my work on crow omens and began as a way of investigating how right/left duality operated as a mechanism of divinatory interpretation. In first millennium omen texts, crow is the negative counterpart of falcon. Crow functions to turn an auspicious prediction into an inauspicious one and the reverse. A comparison of two omen texts (bm 108874 reverse lines 20–21 and sakkiku 2, lines 3–4) which contain parallel and contrasting sets of falcon omens demonstrates a mechanism of divinatory interpretation in the process of development and provides a way of tracing the path of the crow into the Mesopotamian augural lexicon.

"The Scaffolding of Our Thoughts" 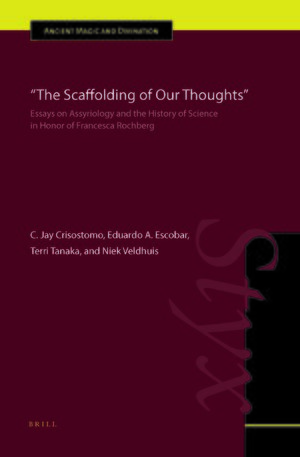