The well-demonstrated differences between comparative and superlative quantification find an explanation by non-standard logic, i.c. inquisitive logic in Coppock and Brochhagen (2013). The paper tries to show that leaving standard logic is not necessary, if one follows the insight of Krifka (1999) that “at most” and “at least” are particles. Particles would make a contribution to the content of their own which by its nature may deselect certain readings of the host and override certain aspects of the pragmatic contribution of the host. The host influences the particle meaning mainly by binding free slots in its content. The contribution of the two particles is the statement that x is an upper or lower bound of a quantity, this deselects the readings of the host in which it is not answering a quantity question and overrides the exhaustive implicature of such a reading. The host binds the slots in the particle semantics for the quantity question and its answer. It is shown that this analysis for the two particles fully explains the effects found in superlative quantification. 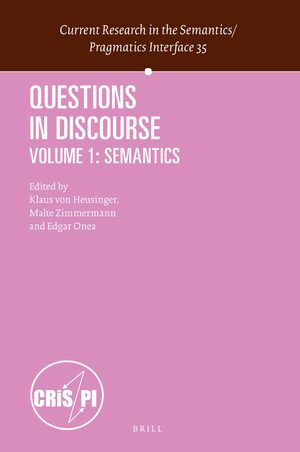