In: Engaging with Fashion
Authors: Lan Lan and Peng Liu

‘Same bed, different dreams’1 is a Chinese expression which reflects the ambivalent relationship in the collaboration between Chinese and Italian fashion corporations in the early years of 2000. More than a decade later, with the economic boom slowing down in China, the manufacturers have shifted focus to designer-driven product in order to better position themselves in the increasingly competitive market. It reflects the rise of ‘creative economy’ in China. Meanwhile, fashion schools in China have also realized the industrial shift in demanding highly innovative and creative designers who can turn ‘imagination into a product’.2 In response to the market, for example, the curriculum of the School of Fashion at Beijing Institute of Fashion Technology (bift) focuses on the engagement between body and clothing to provoke sensations which allows ‘a reflexive and elective sense of self’3 to be activated during the process of making, so called ‘slow fashion’. This paper draws rich discussions from body study and fashion study to further elaborate the idea of ‘slow fashion’ applied in Chinese fashion education. It delineates the relationship between body, as historical inherited and cultural embodied being,4 and clothing, as ‘performative aspect of self’5 or a ‘given identity’ through case studies at bift. Particularly, the investigation demonstrates how Chinese fashion students realize and develop a sense of individuality through ‘slow fashion’ reflecting to their traditional culture, while living in an urban lifestyle.

Perspectives on Communication, Education and Business 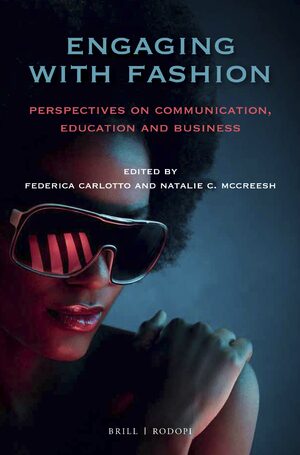