The Third Canonization of Njegoš, the National Poet of Montenegro

What does it look like to canonize a national poet in the early twenty-first century? Within the last hundred years, the Montenegrin poet Njegoš (i.e., Petar ii Petrović-Njegoš, 1813–1851) was the subject of three subsequent canonizations as a national poet, all related to (bi)centenaries of his birth, his death, and the publication of his most important poem. He was first canonized as a Serb (or Yugoslav as synonymous to Serb) national poet; then (around 1951) as a Yugoslav national poet (Yugoslav in the sense of a federal nation, consisting of a range of different ethnonational identities), and finally, in 2013, as a Montenegrin national poet. Both the second and third canonization – the latter being the focus of this chapter – have been highly competitive and conflicting. The persistent central conflict was the one between the Montenegrin secular state and the Serbian Orthodox Church in Montenegro (and, by extension, between Serbian and Montenegrin nationalism). The source of the conflict was primarily the contested locale of the poet’s tomb (the chapel on top of Mount Lovćen, renovated by the Yugoslav king in 1925 and entrusted to the Serbian Orthodox Church, was removed by the communist Montenegrin government and replaced with a massive mausoleum in 1974) and the loss of control by the Montenegrin Serbian Orthodox Church over the poet’s bodily relics. 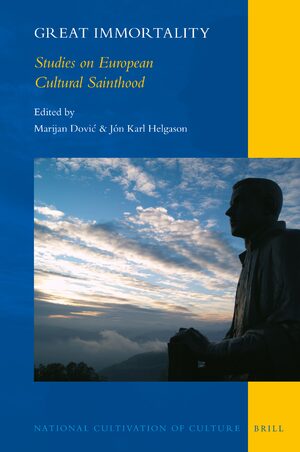