In: Music, Narrative and the Moving Image
Author: Peter Dayan

December 1887 saw the first performance, at the shadow theatre of the Chat Noir cabaret in Montmartre, of a spectacle entitled La Tentation de saint Antoine. The following year, the mastermind behind the spectacle, Henri Rivière, published a remarkable artist’s book of the same title. The book gives images derived from the spectacle, and an indication of the music played, but not the words spoken during the performance. This essay explores the relationship between music, word, and image in Rivière’s two Tentations (the book and the spectacle), and asks why the shadow play was received as a unique masterpiece of theatrical idealism. The answer turns out to depend on the way that each medium – words, music, moving images – occupies, quite literally, indeed physically, a separate space. Rather than collaborating (in a Wagnerian way), each maintains its distance from the others, to assist them in orienting our gaze towards an ungraspable horizon of dream, materialised by the shadow theatre’s blank little cloth screen. 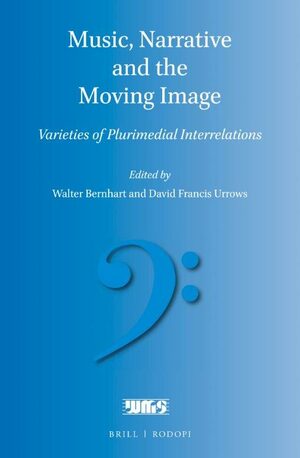