This chapter aligns silence in a range of Rousseau’s works with the symbol of the corps morcelé. The image of the fragmented body of his Lévite d’Ephraïm depicts torment at its most gruesome level, yet simultaneously serves as the paragon of expressivity, embodying l’éloquence muette for Rousseau. This symbol is likewise born of Rousseau’s own alienation and suffering, both in the persecution that he faces for his writing, and in his subjective experience as corps morcelé facing the limitations of language. The anxiety and alienation that Jacques Lacan identifies within his conception of the corps morcelé is evident in Rousseau’s struggles with language and society. Like silence for Lacan, Rousseau’s mute eloquence of the corps morcelé is symptomatic, as it reveals disparities in the political body and an underlying lack in language, but it is also restorative in its potential to vindicate, as well as to incarnate Rousseau’s own corps morcelé. 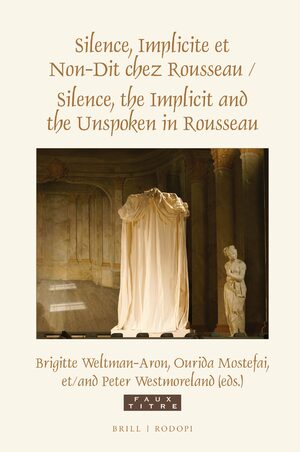