Variations in Food Acceptability with Respect to Pitch, Tempo, and Volume Levels of Background Music

This study aimed to determine whether pitch, tempo, and volume levels of music stimuli affect sensory perception and acceptance of foods. A traditional music piece was arranged into versionsat two pitches, two tempos, and two volumes. For each session, chocolate and bell peppers werepresented for consumption under three sound conditions: 1) upper or 2) lower level with respectto each of the three music elements, and 3) silence. Over three sessions, participants evaluatedflavor intensity, pleasantness of flavor, texture impression, and overall impression of food samples,in addition to the pleasantness and stimulation evoked by the music stimuli. Results showed thatlower-pitched and louder music stimuli increased hedonic impressions of foods compared to theirrespective counterparts and/or the silent condition. While the effects of music element levels onhedonic impressions differed with the type of food consumed, the participants liked the foods morewhen music stimuli were perceived as more pleasant and stimulating. Flavor was perceived asmore intense when participants were more stimulated by the music samples. Although a specificelement of music stimuli was manipulated, perceptions of other elements also varied, leading tolarge variations in the music-evoked pleasantness and stimulation. In conclusion, the findings provideempirical evidence that hedonic impressions of foods may be influenced by emotions evoked bymusic selections varying in music element levels, but it should be also noted that the influences werefood-dependent and not pronounced. 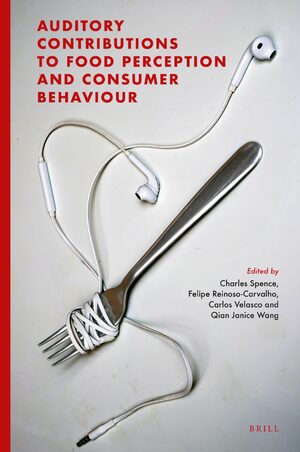