Comparative and historical methods of reading ancient texts are an ongoing key contribution to illuminating children in the Bible. The nineteenth-century archaeological discoveries in the ancient Near East propelled biblical studies into a new, critical reality. But there has always been a tension between arguing that the Hebrew Bible is the same as its cultural context, or arguing for its difference. Understanding ancient children must also contend with this tension. Current approaches to the study of the ancient Near East offer more of a balance, fully describing the ancient Near East and offering a broad cultural matrix as a reading lens to understand biblical texts. Here we explore a few examples of difference and sameness in the Hebrew Bible’s representation of children, to ask whether the Hebrew Bible is simply echoing its cultural matrix, or making some key point in contrast to a commonly held idea about children. Through the process we learn the importance of a comparative analysis when scholars make claims about children in biblical texts.

Listening To and Learning From Children in the Biblical World 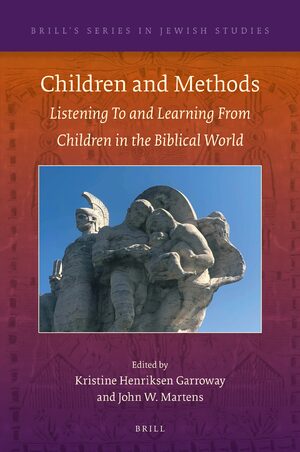