Beyond Inclusion/Exclusion in Teaching about Difference

Entanglements at the Edge of Practice

In this chapter I reflect on over two decades of experience as a tertiary educator of undergraduate and postgraduate students learning about difference, diversity and inclusive education. Much work in the 1980s centred on implications of gender for educational inequalities and opportunities, influenced by several feminist theoretical traditions. In the 1990s, intersections of gender with categories of difference such as ethnicity, culture, disabilities and sexualities led to much debate about the shaping of of discriminative practices across place and time. Notions from intersectionality theory (e.g., Crenshaw) became influential as a way to consider the effects of exclusion on people who might experience marginalisation, though the possibility that such experiences might change day by day was more difficult to encompass in this theory. During the 1990s, greater attention to Foucault’s work on discourses (especially as worked through by Butler and Davies) helped to move the focus away from the individual, however they might be categorised, towards the wider social norms and practices that construct and constrain the subjectivities possibilities for life in particular societies at particular times. In this period, education concerned with social justice was also greatly influenced by political movements that had begun with work of the United Nations on human rights in the wake of the second world war. Many issues were added to rights for girls and women in Aotearoa New Zealand, particularly regarding indigenous Māori, LGBTQI+ and disability rights. Some of the conceptual problems with rights approaches are discussed, such as the focus on the individual and on fixed identity notions that create conflicts for people who identify with more than one category. In the past decade, the influence of innovative moves from new materialist approaches (e.g., Barad) has added important conceptual tools such as entanglement and intra-action that are helpful in addressing concerns that arise spontaneously in classrooms. Every day – in classrooms and online discussions about difference, inclusion and exclusion around the world – young and older adults bring forward their concerns about their future practice and current teaching. Tertiary education can offer creative spaces for collaborative discussion, analysis and problem solving about these concerns. Particular examples of teaching experiences related to the enhancement of inclusion are given for each of the theoretical tools under consideration.

Diverse National Engagements with Paradoxes of Policy and Practice 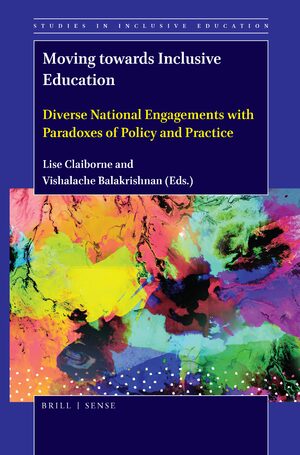