Chapter 1 Medinan Scholars on the Move: Professional Mobility at the Umayyad Court

This paper challenges the established paradigm that state and scholars in the Umayyad period were antagonists, engaging in a prolonged power struggle over who would become the authority on Islamic doctrine and religion. It argues that the intellectual and political spheres of the early Islamic period are too closely intertwined to be forced into a binary model and thus deserve a more thorough investigation. At the same time, it challenges the narrow definition of scholars as “religious,” as the men of learning at the time commanded a broad range of subjects, encompassing not only matters of faith, but also pre-Islamic history, Arabic language and poetry, as well as legal issues. By way of a case study, it focuses on two scholars hailing from Medina, Qabīṣa b. Dhuʾayb (d. ca. 86/705) and Ibn Shihāb al-Zuhrī (d. 124/742), who each make their way to the caliphal court in Damascus. The paper both tracks their spatial mobility in the pursuit of a better life and studies their professional mobility within the Umayyad state. To illustrate the terms of interaction between these scholars and the political authorities, it assesses their motivations in moving to the Damascene court, analyzes their initial encounters with the rulers as portrayed in the sources, and examines their scholarly qualifications vis-à-vis the official posts they were entrusted. 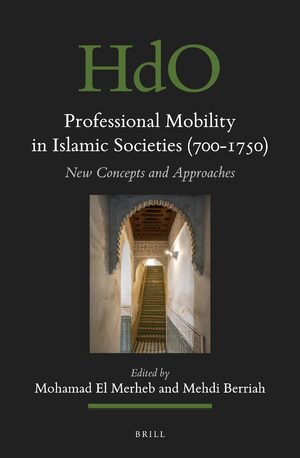