RUSSIA’S CLOSER TIES WITH CHINA: THE GEO-POLITICS OF ENERGY AND THE IMPLICATIONS FOR THE EUROPEAN UNION

In: The European Union and China
Author: Christopher Williams

Against the background of a changing Sino-Soviet relationship, from 1949 until the collapse of communism in the USSR in 1991, this chapter analyses Russo-Chinese relations in the post-Soviet period, focusing on the Yeltsin and Putin eras. It assesses the reasons for closer ties and also examines the constraints posed by Russia’s geopolitics and energy security policies on Russo-Chinese relations in the early 21st century and the implications for the European Union and beyond. 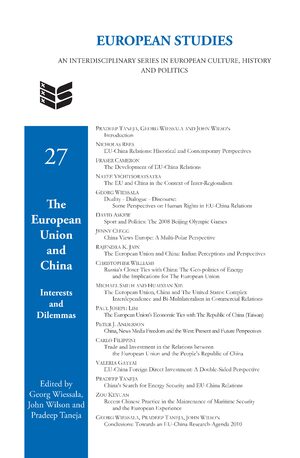