Recent Ecclesiological Developments in the World Council of Churches: Continuity or Discontinuity?

For the first half century of its existence the World Council of Churches was unable to develop a systematic and comprehensive statement on ecclesiology. The reason for this was the neutrality in ecclesiological matters that this organization had to maintain in order not to alienate its members and potential members whose main differences of conviction occurred mainly in their respective views on what the church is or should be. This official policy of neutrality was reflected in the WCC’s Toronto Statement of 1950. After a period of fifty years however it was no longer possible to make further progress on the way to organic unity between churches without taking the most difficult and controversial ecclesiological issues head on. Since 1989 the WCC therefore undertook a new ecclesiological initiative which in 1998 resulted in a document entitled The Nature and Purpose of the Church. On the basis of responses to this document it was amended and re-issued during 2005 with the slightly altered title “The nature and mission of the church.” It is still not a final document but regarded as a stage on the way to a common statement. This article investigates the question whether this new initative constitutes a continuation or a discontinuation with the implicit ecclesiological assumptions that had been present in the WCC since its inception.

Crossroad Discourses between Christianity and Culture 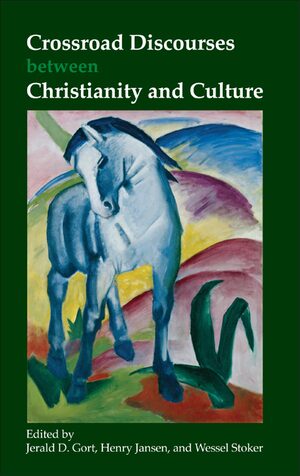