Gower and Chaucer on Pain and Suffering: Jephte’s Daughter in the Bible, the ‘Physician’s Tale’ and the Confessio Amantis

Recent scholarship has effectively traced the intellectual framework of bodily pain—what it was, whether and whence it emanated in life and death, the nature and degree of Christ’s suffering—to scholastic debate beginning in the twelfth century. Little attention, however, has been paid to how pain and suffering beyond the bodily kind were experienced at the close of the Middle Ages. Literature, more than the visual arts, is our best evidence of how people felt: clearly, fourteenth- and fifteenth-century writers and readers recognised emotional registers of pain at least equivalent to corporeal forms, such as torture, that dominated the concerns of the scholastics. This essay takes the case of a familiar biblical story, Jephte and his daughter, from Judges 11:30-39, as used by two of the foremost poets of late medieval England—Geoffrey Chaucer and John Gower—to examine and vivify the emotional and psychological components of pain and suffering. Beginning with a presentation and discussion of the biblical account itself, the essay proceeds to examine in detail the treatment Chaucer gives ‘Jephte’ in the ‘Physician’s Tale’ (Canterbury Tales), and Gower in Book IV of his Confessio Amantis. It shows that both poets recognised the nature, extent and significance of emotional suffering—and by reference to an illustration of Jephte beheading his daughter found in the mid-fifteenth century Morgan manuscript (New York, Pierpont Morgan Library, MS M.126, fol. 76 recto) that one reader—the illuminator—understood Gower’s text accordingly. The essay concludes that the work of Chaucer and Gower provides us with tangible evidence of the degree of thoughtful laymen’s sensitivity to suffering of the heart and mind, not merely of the body. 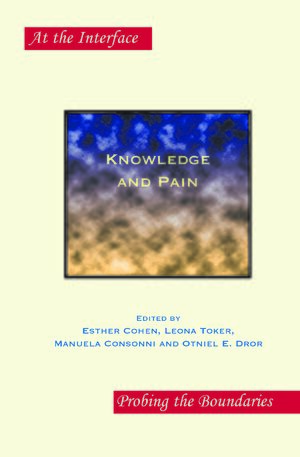