Prize Papers Online 3 contains approximately 4,000 interrogations of members of the crew of ships taken during the First, Second and Third Anglo-Dutch Wars (ca. 1652-1674) and the War of the Spanish Succession (ca. 1701-1733). It shows images of each interrogation (of two, three, sometimes even six or more pages). Answers to the fourteen most researched questions are transcribed and stored in a searchable database. 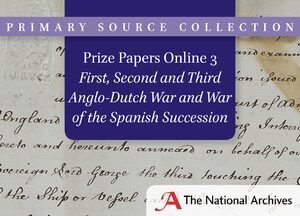