THE ROLE OF INTERNATIONAL LAW IN THE COLONIZATION OF AFRICA: A REVIEW IN LIGHT OF RECENT CALLS FOR RE-COLONIZATION 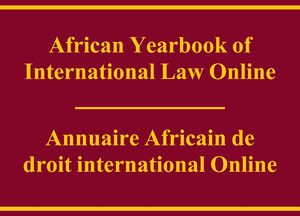