In fifth-century synods and councils, peace as a value linked to harmony is mentioned mainly in texts linked to the communication between the imperial administration and the bishops. The connection of peace and harmony is not foreign to Christian discourse, insofar as these values are usually expressed in terms that have Scriptural and patristic background related to religious strife to addressees whose identity is prominently Christian. Concurrently, in written communication with imperial officers, the relevance of the issues for the Roman empire and how Roman legislation could be applied to them was at the forefront, and theological or ecclesiastic details were accessory to the argument. In the context of the oral and written discourses and the use of non-verbal communication strategies, the selective appropriation of the elocution proper to the networking with the imperial administration in the core conciliar documentation of minutes and reports contributed to the partiality and incompleteness of the information they convey. Contextualising their rhetoric of peace, shows the influence of the authorial voices in the construction of the narratives. 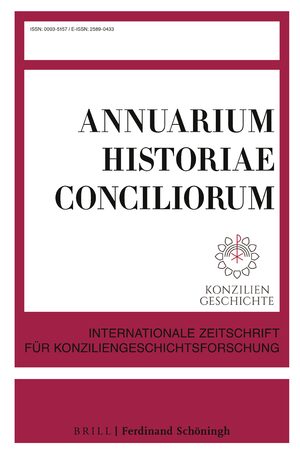