Narratives about esotericism, science, and social movements, which were originally inherently linked, overlapping, and closely interrelated, have been rigorously separated by historiographies since the 19th century. The example of the Wuerttembergian theologian Gustav Werner and the constellation of Swedenborg-Kant-Oetinger can demonstrate how allegedly superstitious or premodern doctrines and doctrinal elements have been excluded especially from those narratives that invoke the Enlightenment. “Enlightenment” is usually employed as a normatively charged perspective that determines the approach to the historical material, adjusts this material to a “modern” agenda, and sorts it according to a supposedly “scientifically” accepted worldview. The procedures of exclusion that underlay such a process can be explained by the discourse theory of Michel Foucault—with the surprising finding that Foucault’s approach is itself indebted to the Enlightenment impulse of Immanuel Kant. This discourse theoretical approach inspired by Foucault and Kant will be examined with regard to the constellation Swedenborg-Kant-Oetinger. It will be concluded that perspectives from postcolonial studies, especially by Homi K. Bhabha, can be advanced to provide even more precise insights into the discursive negotiatory procedures and receptional relationships between allegedly radically opposed doctrines and individuals. In this manner an Enlightened theory can be applied to the historical contexts of Enlightenment themselves. 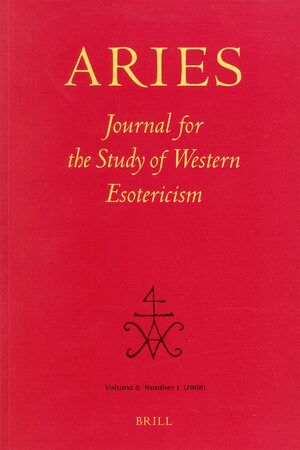