The Hue of Angles — Was Kandinsky Right?

This article presents an experimental study on the natural association between angles and colour. Specifically, for each angle width — formed by two segments joined at their vertex — studied, participants were asked to indicate the colour that they perceived as most closely related to it, choosing from the NCS Hue Circle. The results show that participants systematically established a natural and consistent association between certain angles and colours, when explicitly asked to choose the colour that they perceived as most naturally related to a given angle presented as two lines. The overall results suggest an association between acute angles and warm colours and obtuse angles and cool colours, confirming Kandinsky’s hypothesis. In particular, the strongest relations were found between the angle of 22.5° and yellows, the angles of 45°, 90° and 135° and green-yellows, and the angle of 157.5° and red-blues, when angles were presented on a white background. 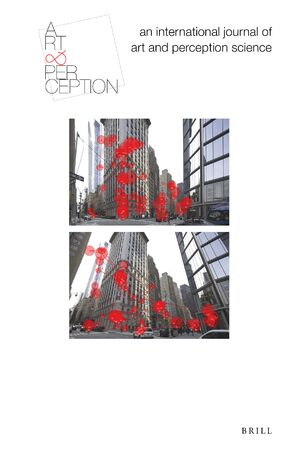