The Legal Principle of Reciprocity and China’s Water Treaty Practice

The legal principle of reciprocity plays a strong role in the law of international watercourses in both bilateral and multilateral contexts. China, primarily an upstream state, shares transboundary rivers with 14 neighbouring states. These shared rivers are governed by a variety of treaties and soft law documents, with China preferring to take a bilateral approach. Building on previous research, this article aims to elaborate on the role that reciprocity has played in the development, maintenance and interpretation of the law of international watercourses and then applies this to China’s transboundary water treaties. For these purposes, this analysis focuses on China’s approach to sovereignty on its transboundary waters and the substantive, procedural and dispute settlement rules of China’s transboundary treaties, as well as future developments, including the influence of the concept of ‘common interests’ on China’s practices. There have been significant developments in China’s transboundary water cooperation, as transboundary waters are increasingly important for China’s development. The article concludes with the example of the China-led Lancang-Mekong Cooperation Mechanism, highlighting its reciprocal characteristics and pathways for future development.

In:
Chinese Journal of Environmental Law 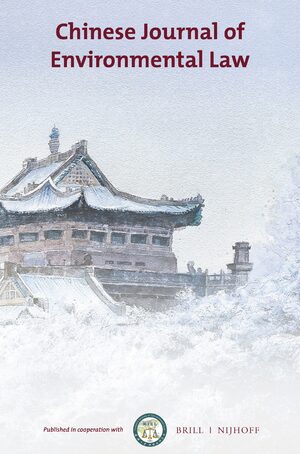