One Work or Three? A Proposal for Reading 1QS-1QSa-1QSb as a Composite Work

Although it has long been acknowledged that 1QS, 1QSa, and 1QSb are part of the same manuscript, most scholars follow J.T. Milik’s interpretation of the columns of 1QSa and 1QSb as appendices to 1QS. This article examines the circumstances out of which this “appendix hypothesis” emerged, highlights its weaknesses, and takes up Philip Alexander and Géza Vermes’s call to consider the sections of the scroll together by proposing that 1QS-1QSa-1QSb is a composite work that its editor has unified through superscriptions. This study also examines the formatting between 1QS, 1QSa, and 1QSb and the evidence of a recension concerned with introducing the activity of the sons of Zadok and reframing the material for the Maskil throughout the scroll to propose that the heterogeneous and sometimes inconsistent contents are presented by its redactor as a single work rather than three distinct works in a single scroll. 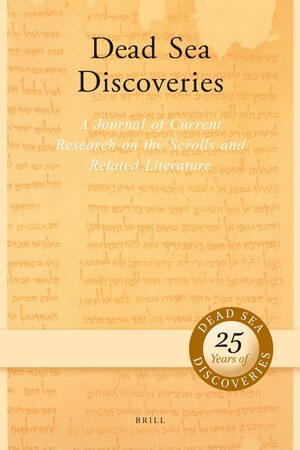