The article discusses the legal treatment of honour crimes in Iraq and the Iraqi Kurdistan Region. It examines the judicial context in Kurdistan Region, focussing on the criminal justice system and law implementation mechanisms in relation to honour-based violence in general and honour killings in particular.

The article draws on several years’ research into honour crimes in the Iraqi Kurdistan Region, including an investigation into honour-based violence led by the University of Bristol between 2008–2010. The research involved 131 semi-structured interviews with stakeholders addressing honour crimes, including legal professionals, MPs, prosecutors, police officers, victims, women’s rights activists, government officials and members of national and international agencies, including unami and undp.

The article will look at different sets of legal remedies for honour crimes along with the attempts and the challenges involved in establishing justice for women in the region torn by years of war, internal conflicts and the rise of radical ideologies in the form of political Islam.

In:
European Journal of Comparative Law and Governance 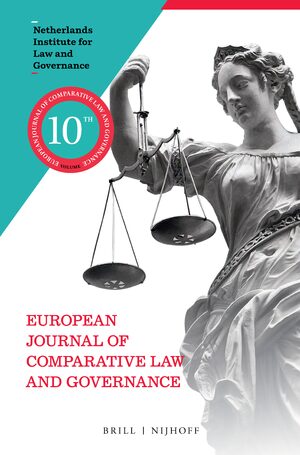