Bergson’s troublesome relation to Judaism has been examined briefly by Aimé Pallière in Bergson et le Judaisme (Paris: F. Alcan, 1933) and his ambivalent attraction to Roman Catholicism by the learned Dominican philosopher-theologian Antonin Sertillanges in Henri Bergson et le catholicisme (Paris: Flammarion, 1941). Vladimir Jankélevitch, in his study Henri Bergson (Paris: Presses Universitaires de France, 1959), has an appendix entitled “Bergson et le Judaisme,” However, he is concerned with the affinity between Bergsonism and Judaism rather than with Bergson’s adverse criticism of the Jewish religion. I mention these studies without discussing them further in appreciation of their pioneering work and to acknowledge that I have taken cognizance of their opinions. The belief that one can ignore the work of previous scholars leaves no basis for the expectation that our own work will prove of any value to others, but I do believe that Bergson’s strictures on Judaism deserve an examination of Jewish and Christian texts as well as an analysis of time by Jewish thinkers. 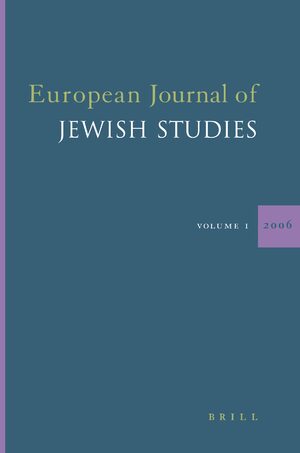