Reforming the International Whaling Commission: Indigenous Peoples, the Canadian Problem and the Road Ahead

The International Whaling Commission (iwc) conceals within its history a perennial battle between nations. Since the moratorium on commercial whaling took effect in 1986 both sides of the whaling debate have been unable to substantively advance their cause. This has led many commentators to question its purpose and ability to adapt to issues of modern significance. Given the interdisciplinary breadth of the debate at hand, this article primarily focuses on place of Indigenous peoples within the history of whaling and what role, if any, they will play in the future relevance of the iwc. It is argued that Canada’s withdrawal from the iwc, in the interest of its Indigenous peoples, should generally be regarded as a domestic regulatory success. Nevertheless, the time is ripe for Canada to re-establish itself at the international level with the goal of reforming the state of the Aboriginal Subsistence Whaling exception and perhaps the iwc itself. 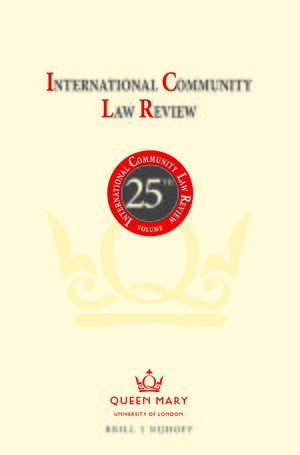