The Heart of Wang Daiyu’s Philosophy: The Seven Subtleties of Islamic Spiritual Physiology

The True Explanation of the Orthodox Teaching (Zhengjiao zhenquan 正教真詮), published in 1642 by Wang Daiyu 王岱輿 (ca. 1590–1658), is the oldest extant text in the Han Kitab, a Sino-Islamic canon. This literature employed Confucian, Daoist, and Buddhist language and imagery to explain Islamic thought. Wang was a pioneering figure in the institutionalization of this distinct Sino-Islamic discourse and crystallized much of the terminology used throughout subsequent Han Kitab literature. In the Zhengjiao zhenquan, Wang analyzes the spiritual nature of the heart, dividing it into three aspects and seven levels. These seven levels are correlative of the classification of subtleties (laṭāʾif ) or stages (aṭwār) developed by authors affiliated with the Kubrawi Sufi order. In this article, Wang’s spiritual taxonomy is analyzed in comparison with delineations of the multiple levels of the heart determined by Najm al-Dīn Rāzī (d. 1256) and Nūr al-Dīn Isfarāyīnī (d. 1317). Through a close reading of the sources I establish the intellectual influences from these authors’ thought on Wang’s explanation of Islam. By doing so we begin to determine the various sources for Sino-Islamic thought and determine an exact lexical register of Chinese language Islamic literature.

In:
Journal of Sufi Studies 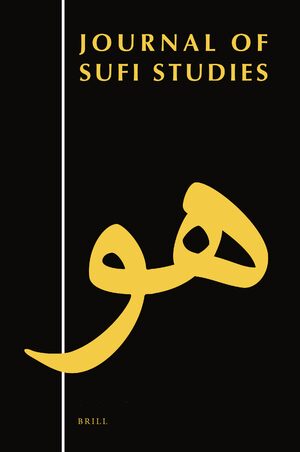