Keeping Up with the Changing Climate: The WTO’s Evolutive Approach in Response to the Trade and Climate Conundrum

Canada – Certain Measures Affecting the Renewable Energy Sector (Canada FIT), appears to be the first-ever case at the World Trade Organization (WTO) to address the tenuous ‘trade versus climate’ debate in the context of renewable energy policies. Feed-in Tariffs (FIT) for renewable energy, which have emerged as a popular domestic policy tool to address climate change, share an extremely controversial relationship with the international trade regime, especially with the legality of such support schemes increasingly coming under the WTO scanner. In this article, the authors focus on four aspects that emerge from the decisions made by the WTO’s Panel and Appellate Body in this case, namely the clarification of the blurred legal status of renewable energy support schemes under WTO law; a new ‘public goods’ exception; an evolving, “activist” WTO jurisprudence; and the imminent end of domestic content requirements in renewable energy policies. The authors argue in this article that the WTO Panel and Appellate Body’s decisions represent a development of the law, one that is aimed at settling the ever-so-contentious clash between the WTO law on subsidies and climate change support schemes. 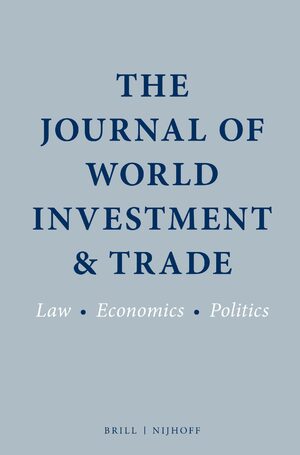