Parallel Universes of Investment Protection? A Divergent Finding on the Definition of Investment in the icsid Arbitration on Greek Sovereign Debts

As exemplified by the three icsid cases brought by Italian bondholders against Argentina, arbitral tribunals have tended to interpret broadly the term ‘investment’ in applicable bits. However, the tribunal in Poštová banka v. Greece came to the opposite conclusion: the series of Greek sovereign bonds in question did not constitute a protected ‘investment’. Although the tribunal carefully scrutinized the specificity in phrasing in the applicable bits so as to justify its divergent conclusion, some commentators still find inconsistencies with previous jurisprudence. This article examines the interpretative approach taken by the Poštová tribunal and compares it to previous jurisprudence involving disputes over Argentine sovereign bonds, by employing the concept of a two-level judicial dialogue: dialogue on treaty languages and dialogue on an interpretative assumption. It will explain both the apparent consistency between the two lines of jurisprudence as well as the divergence in their interpretative approaches. 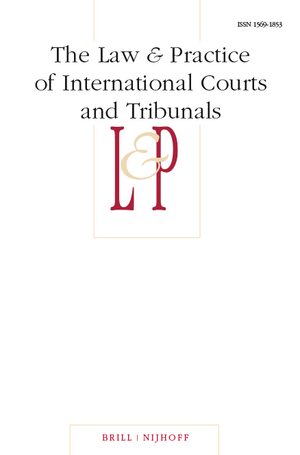