The Agdal of Marrakesh (12th to 20th Centuries): An Agricultural Space for Caliphs and Sultans. Part II: Hydraulics, Architecture, and Agriculture

The Agdal is a royal estate located south of Marrakesh, founded by the Almohad caliph Abu Yaʿqub Yusuf (r. 1163–84). Its current walled perimeter contains 340 hectares, mostly orchards that have been cultivated uninterruptedly, and more than 40 preserved buildings, with numerous archaeological remains scattered throughout its interior. This article is a continuation of one published previously in Muqarnas 34 (2017), which focused on the history of the estate and provided an analysis of the written sources. In this second part, we present an archaeological and architectural study of the Agdal from the material record that we documented in two archaeological surveys carried out in 2012 and 2014. We discuss the complex hydraulic system that has sustained the estate, the internal organization of the enclosures and plots, its diverse agricultural production, the configuration of palatine architecture and spaces for animals, as well as the successive historical transformations of the Agdal. 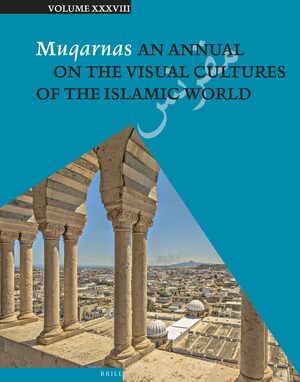