This article deals with some important changes that occurred in the ritual of the Eucharist and its theological interpretation between Late Antiquity and the twelfth and thirteenth centuries. These had been studied especially by Henri de Lubac in his book Corpus Mysticum. It is quite common – especially among liturgical historians – to present these processes in a purely negatively light and to interpret them in terms of liturgical decline and disintegration, in particular emphasizing the purported loss of the communal, ecclesial character of the Eucharist. This view has been criticized persuasively by other historians (Gary Macy; Eamon Duffy). While taking this criticism seriously, an attempt is made to sketch a differentiated picture of these developments. Making use in particular of mediaeval liturgical commentaries that have received relatively little attention in research, it is argued that the developments are illustrative of some processes which, according to Philip Sheldrake, profoundly affected the approach to spiritual life in the eleventh and twelfth centuries and attest a remarkable reconfiguration in the relations between liturgy, theology and spirituality.

In:
Religion and Theology 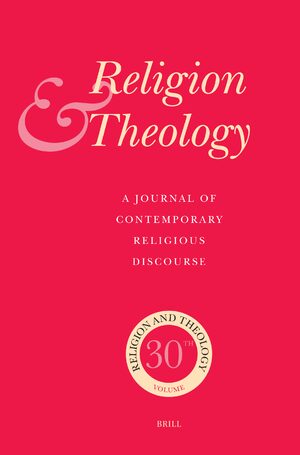