Defining nonreligion has raised conceptual uncertainties about its substantive ontology and its relational distinctions from religion, secularity, secularization, and the secular. The field’s early development has deployed the religious/secular binary as a methodological tool, rendering secularity and nonreligion visible through its discursive positioning of being in-relation to religion. Although this has proven productive in substantiating such concepts, it has also constrained the field by identifying its objects of study indirectly. This paper argues for a proximal distinction between secularity and nonreligion using the development of secular Alcoholics Anonymous groups in Toronto, Canada, as an example, locating them between borders that constitute a third space. Within this space, secularity and nonreligion operate, identifying locations of proximity, border phenomena, and religious/secular entanglements that have otherwise remained interstitial and have precluded analysis. In turn, borders are retained for methodological utility, while the third space opens new analytical possibilities to advance the field forward. 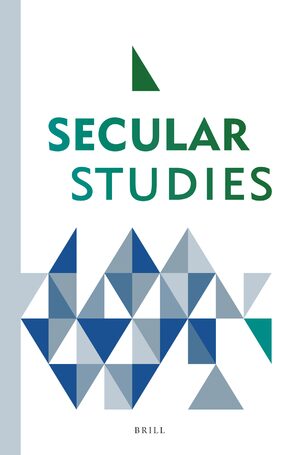