The era of globalization has witnessed increasing activities across border and interactions between nations, especially between the East and the West. East and West: Culture, Diplomacy and Interactions aims to trace and investigate multiple-dimensional interactions between the East and the West from the Age of Sail to the Modern Era, culturally, socially, economically and diplomatically, with a focus on maritime history via and centered on port cities such as Macao, Goa, Melaka, Nagasaki in the East and their counterparts such as Lisbon, Seville, Amsterdam, London in the West. The series examines matters about empires, oceans, and human connections through changes in material lives and cultural politics, and analyzes the impact of the flow of cultural materials across oceans, such as artifacts, arts, goods, foods, books, knowledge, beliefs, etc., on port cities and urbanization. Particularly, it will provide readers with a new maritime vision of the East and Southeast Asian history of connections at the eastern end of the Maritime Silk Road, including the ports of East Indian Ocean and South China Sea: places from Nagasaki to Xiamen/Macao, from Singapore to Shanghai, from Hong Kong to Melbourne, etc. In doing so, it will unfold the process of formation and transformation of networks and fluxing space, generated or altered by trade, migrations, diplomacies, regional conglomerations, etc., illustrate the glocolization of religions, examine the relationship of culture/tradition and diplomatic strategy, and demonstrate the causes to miscommunication, misunderstanding, conflicts and confrontations between nations as well as appropriate reading, understanding and interpreting of each other.
East and West will include studies in such disciplines and area studies as maritime history, missionary history, intellectual history, international relations, arts, architecture, music, religious studies, and cultural studies. This series will feature monographs and edited volumes as well as translated works. It will be of interest to academics as well as general readers, including historians, artists, architects, diplomats, politicians, journalists, travelers, religious groups, businessmen, lawyers, among other groups. 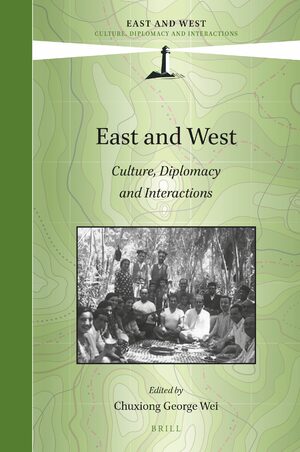