Studies in Semitic Languages and Linguistics

Editors: Aaron Rubin and Ahmad Al-Jallad
The distinct traits shared by the Semitic languages determine the essential unity of research in these languages. Studies in Semitic Languages and Linguistics has been a prominent forum for linguistic publications concerning the Semitic languages ever since its foundation in 1967. 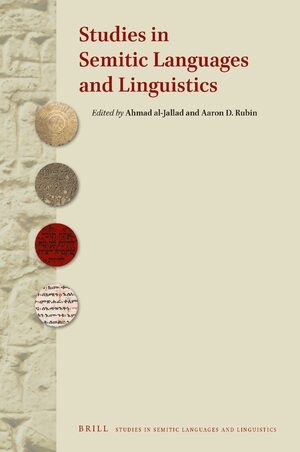 Aaron D. Rubin, Ph.D. (2004), Harvard University, is Professor of Classics and Ancient Mediterranean Studies, Jewish Studies, and Linguistics at Penn State University. He specializes in the comparative study of the Semitic languages, so far with particular attention to Hebrew, Mehri, and Jibbali. In addition to numerous articles and book chapters, he has published six monographs, including The Mehri Language of Oman (2010), A Brief Introduction to the Semitic Languages (2010), and The Jibbali (Shahri) Language of Oman: Grammar and Texts (2014). He also served as an associate editor for Brill's multi-volume Encyclopedia of Hebrew Language and Linguistics (2013), co-edited Brill's Handbook of Jewish Languages (2016), and serves on the editorial board of Brill's Journal of Jewish Languages.

Ahmad Al-Jallad, Ph.D. (2012), Harvard University, is M. S. Sofia Chair in Arabic Studies, and associate professor at Ohio State University's Department of Near Eastern Languages and Cultures. He specializes in the epigraphy and languages of pre-Islamic Arabia, with particular attention to Safaitic and Hismaic. He also writes on the comparative grammar of the Semitic languages and the modern dialects of Arabic. His notable publications include the discovery of a zodiac star calendar used by the pre-Islamic nomads of North Arabia ( Arabian Archaeology and Epigraphy, 2014, 2016), the decipherment of possibly the oldest Arabic poetic text ( Journal of Ancient Near Eastern Religion, 2015), and the decipherment of the oldest, fully vocalized Arabic text, written in Greek letters ( Arabian Epigraphic Notes, 2015), as well as the first grammar of the Safaitic Inscriptions (Brill, 2015). He is the founding director of the Leiden Center for the Study of Ancient Arabia, and has led or been a member of several epigraphic and archaeological projects.