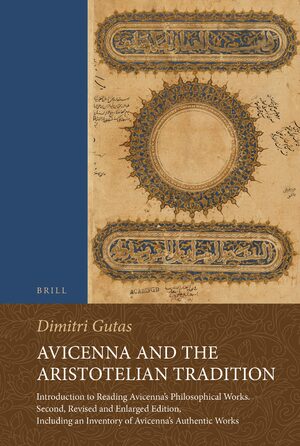 Avicenna and the Aristotelian Tradition

Author: Dimitri Gutas
Through close study of Avicenna's statements and major works, Dimitri Gutas traces Avicenna's own sense of his place in the Aristotelian tradition and the history of philosophy in Islam, and provides an introduction to reading his philosophical works by delineating the approach most consistent with Avicenna's intention and purpose in philosophy. The second edition of this foundational work, which has quickened fruitful research into the philosopher in the last quarter century, is completely revised and updated, and adds a new final chapter summarizing Avicenna's philosophical project. It is also enlarged with the addition of a new appendix which offers a critical inventory of Avicenna's authentic works, updating the work of Mahdavi (1954) with additional information on all manuscripts and important editions and translations. Its usefulness enhanced, the book provides primary orientation to Avicenna's philosophy and works and constitutes an indispensable research tool for their study.

Winner of the I. R. Iran World Award for the Book of the Year 2014
Paperback

€39.00$50.00
Add to Cart
Dimitri Gutas, Ph.D. 1975 in Arabic and Islamic Studies, Yale University, is Professor of Arabic at Yale. He has published on the medieval Graeco-Arabic translation movement and its lexicography, the transmission of Greek philosophical texts into Arabic, and Arabic philosophy. Most recently he published the Greek text and medieval Arabic translation of Theophrastus, On First Principles (2010), and, with Leonardo Taran, the editio maior of Aristotle's Poetics (2012).
"Dimitri Gutas needs no introduction to the scholar of Islamic thought, especially in the area of philosophy. Throughout his long and fruitful career he has produced a series of works on the Greek heritage in Islamic philosophy that have remained the standard reference work for both academics and students.This present work, which is the second revised and enlarged edition of a previous one that had been published back in 1988, is a much needed addition that will enhance a better appraisal of the Avicennan corpus. [...]. Like its predecessor, this second revised and enlarged edition is breath–taking in its scope and a mark of authentic and meticulous scholarship. Yet again, Gutas has proved his credentials as an authority on Avicenna, as well as a scholar of profound erudition and insight, whose works continue to provide abundant food for further thought and discussion." Joseph Ellul in Islamochristiana 40 (2014) "... this volume is a very detailed introduction and orientation to Avicenna: a foundational tool for research on his philosophy which will contribute to further studies." Cecilia Martini Bonadeo in Studia graeco-arabica 5 (2015). "The new edition of Avicenna has become more useful with the carefully prepared index of Ibn Sīnā’s works in original titles and their English translations as well as the bibliography and the index of concepts that did not exist in the first edition. It is especially important for outlining the Western literature on Ibn Sīnā over a quarter of a century. Thanks to Gutas’ mastery and diligence in his historical, philological and philosophical analysis of Ibn Sīnā’s life, works and thoughts, the new edition of Avicenna and the Aristotelian Tradition reasserts its methodological model for studying Arabic/Islamic philosophy and deserves to be called a “modern classic.” M. Cüneyt Kaya in Nazariyat, Journal for the History of Islamic Philosophy and Sciences, May 2015. "... among the most important publications on Avicenna in modern times. It is a masterpiece of history of Arabic philosophy, serious philology and meticulous scholarship." Abdessamad Belhaj in Islam and Christian–Muslim Relations, 14 June, 2015. "The second edition,... is a corrected and greatly expanded version of the original work and will be of use to students and scholars for decades to come." John T. Slotemaker in Religious Studies Review, 42, December 2016. "...this book provides primary orientation to Avicenna's philosophy and works and constitutes and indispensable research tool for their study. Thus, it is absolutely useful to all those interested in the philosophy of Avicenna, Islamic philosophy, medieval philosophy, ancient and late antique philosophy, Aristotle and the Aristotelian tradition." Elias Tempelis
Preface to the Second Edition (2013) Acknowledgments Introduction to the First Edition (1988) Layout of the Work PART ONE DOCUMENTS ON AVICENNA AND THE ARISTOTELIAN TRADITION Chapter 1. Personal Texts by Avicenna and His Disciples on His Relation to the Aristotelian Tradition Chapter 2. An Inventory and Relative Chronology of Avicenna’s Major Philosophical Works. Their Organization and Contents in Relation to the Aristotelian Tradition PART TWO AVICENNA’S RECEPTION OF THE ARISTOTELIAN TRADITION Chapter 3. Avicenna’s Intellectual Upbringing: The Autobiography and Its Interpretation Chapter 4. Avicenna’s Conception of the History of Philosophy Chapter 5. Avicenna’s Conception of the Praxis of Philosophy PART THREE AVICENNA’S INTEGRATION OF THE ARISTOTELIAN TRADITION Chapter 6. The Resolution of the Major Points of Conflict with the Aristotelian Tradition Chapter 7. The Evolution of Avicenna’s Attitude toward Aristotle, the Aristotelian Tradition, and His Own Work Chapter 8. The Elaboration of Methods CODA. Avicenna’s Philosophical Project APPENDIX. Inventory of Avicenna’s Authentic works Index of Names and Places Index of Avicenna’s Works with Passages Cited Index of Lemmata Index of Qurʾānic Passages Index of Manuscripts Index of Greek Words Index of Arabic Words Index of Technical Terms Bibliography
All interested in the philosophy of Avicenna, Islamic philosophy, medieval philosophy, ancient and late antique philosophy, Aristotle and the Aristotelian tradition, Neoplatonism.