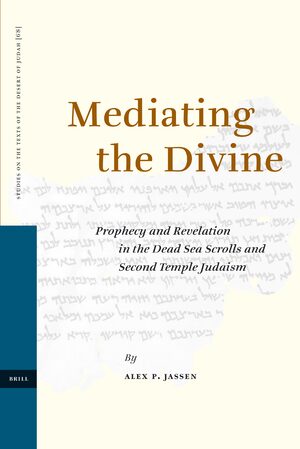 €192.00$239.00
​
Add to Cart
Alex P. Jassen, Ph.D. (2006) in Hebrew and Judaic Studies, New York University, is Assistant Professor of Early Judaism at the University of Minnesota. He specializes in Dead Sea Scrolls, early biblical interpretation, and Jewish law.
Recipient of the 2009 Templeton Award for Theological Promise.

"Jassen's book is insightful and forms a major contribution to the two areas of research that it spans, namely the afterlife of bibilical prophecy in the interprative tradition of the Second Temple Period, and the social phenomenon of prophecy in the same time period. The author is clearly knowledgably in his field, as shown by the wealth of secondary literature cited in, among other languages, English, French and German."
Lena-Sofia Tiemeyer, Svensk Exegetisk Arsbok, 2010.
All those interested in Dead Sea Scrolls, prophecy and revelation, Second Temple Judaism, biblical studies, early Christianity.