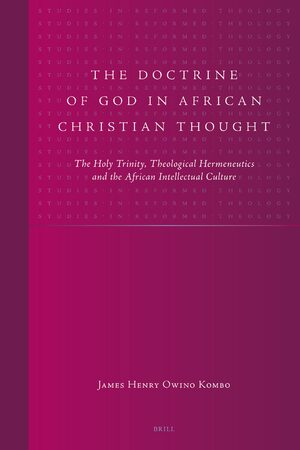 The Doctrine of God in African Christian Thought

The Holy Trinity, Theological Hermeneutics and the African Intellectual Culture

Author: James Henry Owino Kombo
The Christian faith knows and worships one God, who is revealed in the Son and in the Holy Spirit. This is the meaning of the doctrine of the Trinity in Christian thought. Although Christian orthodoxy defines the doctrine of the Trinity, the intellectual tools used to capture it significantly vary. At different times and in different places, Western Christianity has, for instance, used neo-Platonism, German Idealism, and the conceptual tools of the second-century Greeks. Taking elements from the known African intellectual framework, this book argues that for African Christians, the respective pre-Christian African understanding of God and the Ntu-metaphysics, in particular, function as conceptual gates for an attempt towards articulating the Trinity for African Christian audiences.
E-Book

€123.00$152.00
​
Add to Cart
James H. O. Kombo, D.Th. (2000) in Systematic Theology, Stellenbosch University, is Senior Lecturer of Theological Studies at Daystar University, Kenya, and a Priest in the Anglican Church of Kenya. He has widely published on African Christianity, theology and philosophy, the African independent churches and the different nuances of African theology.

PART I
THE DOCTRINE OF THE TRINITY: THE BIBLE AND THE CHURCH FATHERS

1. An Analysis of the Biblical Roots of the Doctrine of the Trinity
Introduction
The Term Trinity and its Relationship to the Bible
The Biblical Revelation of God

PART II
WESTERN THEOLOGIES’ RESPONSES TO THE DOCTRINE OF THE TRINITY

PART III
THE DOCTRINE OF GOD IN AFRICAN INCULTURATION THEOLOGY

8. The Notion of God among the African Peoples: The Accounts of J.S. Mbiti, B. Idowu and G. Setiloane
Introduction
B. Idowu: God of Africa is the God of the Christian Faith
J.S. Mbiti: African Concepts of God as Preparatio Evangelica
G.M. Setiloane: The African Concept of God as Mysterium Tremendum et Fascinans
Conclusion

Selected Bibliography
Index of Names
Those paying attention to the Trinity in African scholarship; the Trinity and its relationship to philosophy (neo-Platonism, German Idealism and second-century Greek thought); the Trinity and African philosophy especially the NTU-metaphysics; African theology, theological hermeneutics in Africa.