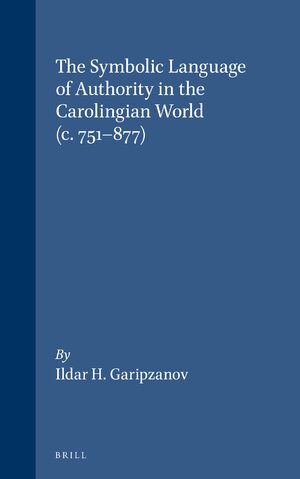 The Symbolic Language of Authority in the Carolingian World (c.751-877)

Author: Ildar Garipzanov
This book is not a conventional political narrative of Carolingian history shaped by narrative sources, capitularies, and charter material. It is structured, instead, by numismatic, diplomatic, liturgical, and iconographic sources and deals with political signs, images, and fixed formulas in them as interconnected elements in a symbolic language that was used in the indirect negotiation and maintenance of Carolingian authority. Building on the comprehensive analysis of royal liturgy, intitulature, iconography, and graphic signs and responding to recent interpretations of early medieval politics, this book offers a fresh view of Carolingian political culture and of corresponding roles that royal/imperial courts, larger monasteries, and human agents played there.
E-Book

€191.00$237.00
​
Add to Cart
Ildar H. Garipzanov, Kandidate of Historical Sciences (1991) in Classical History, Kazan State University and Ph.D. (2004) in Medieval History, Fordham University, is Senior Researcher at the Centre for Medieval Studies, University of Bergen. He has a number of publications on Carolingian history and Roman imperial tradition in the early Middle Ages including the monograph Carolingian Coinage and Roman Imperial Tradition (2000, in Russian).
List of Illustrations
List of Abbreviations
Preface

Epilogue
Appendices
Seleced Bibliography
Index
All those interested in medieval social and political history in general and Carolingian studies in particular, as well as specialists in medieval numismatics, diplomatics, liturgy, and iconography.