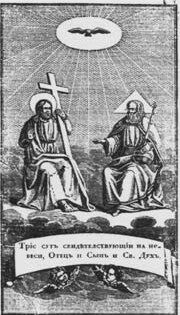 Bulgarian printing
For many centuries, the Bulgarian people were under Ottoman rule and only in the 19th century did the process of National Renaissance lead to the formation of a new Bulgarian state. After the Ottoman invasion (in 1393), literary life in Bulgaria was confined to monasteries, where chronicles were written and old texts copied. Book printing came relatively late to Bulgaria. In the 17th and 18th centuries, most books and newspapers were published in adjacent countries. The first Bulgarian book was published in 1806. Until the Bulgarian people were liberated from Turkish rule in 1878, Bulgarian books were printed semi-legally (and very often illegally) and were subject to Ottoman censorship.

Classical Library for Bulgarian studies
A great number of early printed Bulgarian books are distributed over several of the biggest libraries in Bulgaria. BAN's Bulgarian collection - which is famous throughout the world - is the largest one abroad. It comprises the oldest and most valuable examples of Bulgarian book printing. It represents the specificity of Bulgarian books, starting with the earliest publications - which were devoted to the notion of publishing a national book, in an attempt to earn the reader's trust - and ending with publications from the 1860s-1870s, which are full of progressive liberal ideas and special terminology. This "library" includes publications on history, culture, language, and literature, as well as well-preserved early periodicals which have a great scientific and cultural-historical value.

The oldest books
The most valuable part of BAN's Bulgarian collection is its early printed publications (1820s-1830s); the oldest Bulgarian book owned by BAN was published in 1823. The collection contains the only extent copy of the first translation (probably by Teodosii Bistritskii) of the Bible into New Bulgarian. The six-volume publication Slavenobolgarskoe detovodstvo (Kraguevats, 1835) initiated the creation of a national school. Among the Bulgarian publications is the famous symbol of Bulgarian Renaissance, Bulgarskaia grammatika, by Neofit Ryl'skii (Kraguevats, 1835). Among the publications are books written in Banat-Bulgarian, an extinct dialect. These are rare publications by Bulgarian Catholics, who lived in Banat (close to the Serbian and Romanian border), using Latin characters.

Unique items
The collection includes polemic writings devoted to the Greek-Bulgarian Church conflict of the 1860s and the missionary activities of Protestants, as well as biographies and reminiscences of the rebellions of 1860-1870s. The collection also contains earlier unknown account documents from 1878 (which are not mentioned in the bibliographies), written by the Russian occupation authorities. Bulgarian cultural d evelopment is reflected by the action programs of educational and charity institutions.

Periodicals
BAN owns complete sets (with some exceptions) of early Bulgarian periodicals. Newspapers and magazines reflect the socio-political life of the country, historical ethnographic discussions, and the development of the literature and art of that time.

Illustrations
Dvorianski vybory by by G. F. Kvitka-Osnovianenko (Kishnovo, 1843) is not mentioned in any bibliography. It contains interesting illustrations. Another interesting item is P.A. Beron's Bukvar Bolgarskii s razlichny poucheniiata… (Bukuresht, 1850) which is called 'fish bukvar', because of the picture of a fish at the end of the book. There are also interesting maps from books on geography.

The Russian Academy of Sciences Library (BAN)
BAN is the oldest library in Russia and one of the biggest libraries in the world. It consists of three sections - Russian, Slavic and Foreign, which store more than 20,000,000 volumes. The Slavic section of BAN is a universal information source for researchers in Slavic Studies. It contains around 270,000 volumes, printed between the 17th century and 1930 in all Slavic languages, except Russian. The most valuable items of the Slavic section have been acquired between the end of the 19th and the beginning of the 20th century.

Language
Most of the Bulgarian publications are written in new Bulgarian; while some are in Banat Bulgarian, Russian, or French.
Microfiche Collection