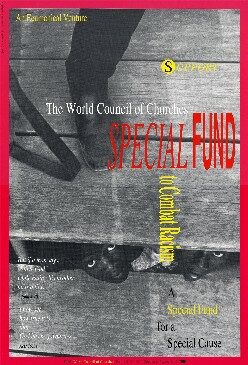 Its origin
Since its inception, the WCC has taken a strong stance, namely that "any form of segregation based on race, color or ethnic origin is contrary to the gospel and is incompatible with the Christian doctrine of man and with the nature of the church of Christ" (WCC Evanston Assembly, 1954). But at its 1968 Uppsala Assembly, the delegates - many of whom were from third-world churches hitherto not represented at Assemblies - expressed themselves in more radical terms, demanding that the WCC move from words to action, and from giving charitable aid to victims to strengthening groups of the racially oppressed. Similarly, they felt that priority should be given to eliminating institutional racism, rather than concentrating on improving individual race relations.

Implications for South Africa
This change in emphasis was to have far-reaching consequences for the WCC's relations with South Africa. The situation in that country had raised a number of theological issues, for example, the meaning of "Christ is on the side of the oppressed," the nature of the church in terms of its oneness and diversity, its solidarity with the oppressed and its reconciling task, and structural violence in the context of church-state relationships.
The initial five-year programme concentrated on white racism in South Africa. Specific action included the setting up of a special fund, which was largely based on the need to symbolize a redistribution of power. It was a sign expressing something greater than itself, a sign intended to set something in motion. Its main purpose was to strengthen the organizational capability of racially oppressed groups.
The PCR's next move was on disinvestment by the WCC and its member churches. Its conviction was that Christians must not abdicate ethical responsibility for the outcome of economic policies. The impact of the foreign economic support provided to racist and apartheid structures was seen to involve moral decisions which should not be left to technicians alone. The decision by the WCC to sell forthwith existing holdings and to make no further investments in corporations involved in South Africa, and, later, to deposit none of its funds in banks which maintained direct banking relations in South Africa, sparked heated debates at church synods and assemblies. The WCC's example confronted the member churches with their own policies and responsibilities in this field.

A programme for the whole WCC
The issue of racism involved all units and sub-units of the WCC. Thus, the Faith and Order Commission co-sponsored a consultation on racism and theology, and the Education sub-unit co-sponsored a meeting on racism in school textbooks. The PCR also sponsored a number of important consultations between church and liberation movement leaders, which helped to chart the course of international church support for the struggle against apartheid.

Other forms of racism
With the end of apartheid in South Africa, the PCR shifted its attention to the struggle of indigenous peoples and the problem of land rights, as well as to the plight of racially and ethnically oppressed minorities around the world, such as the Dalits in India. It also developed a programme on women under racism, which was designed to give visibility to the issues and concerns of women who suffer from triple oppression, namely racism, sexism and classism.

Impact on churches and beyond
Since its inception, the PCR has been one of the most controversial of the WCC's initiatives. While there was strong support from many member churches, there was also criticism, especially about its boycott actions and its grants to liberation movements in South Africa.
One of the most important aspects of the programme has been its ability to mobilize local church and secular groups around the world, and to coordinate its activities with the worldwide anti-apartheid movement. As a result of its actions, the WCC has become more relevant to the majority of Christians and even to people of other faiths. 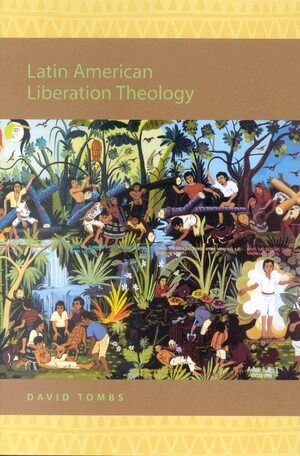 Archive for the Psychology of Religion / Archiv für Religionspsychologie, Volume 27 (2005) 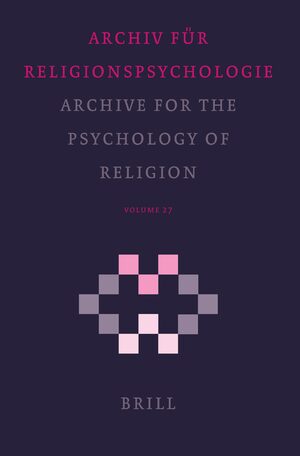 The Poetics of Grammar and the Metaphysics of Sound and Sign 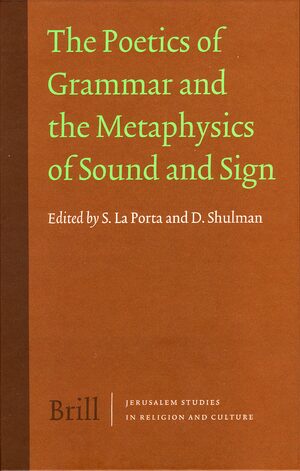