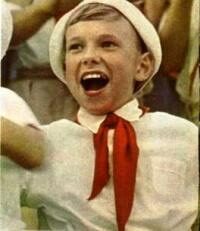 World of Children in the USSR

As part of our Mass Culture and Everyday Life in Russia publishing project, we are proud to announce a series of publications on the life of young people in the USSR and their subculture. The first set of documents we present are on the Artek Pioneer Camp, which are held in the Komsomol Archives.

Research Value of the Collection
This collection documents the history of Artek, the main Soviet pioneer recreation camp, and includes information on various aspects of youth policy and young people’s lives in the Soviet Union in the period from 1944 to 1967. It contains government documents, administrative, medical and financial records, transcripts of meetings, statistical reports, letters from Soviet and foreign children, diaries etc. These documents provide an insight into everyday life and mentality of Soviet children. The archive is a valuable resource for a wide circle of researchers in such fields as sociology, cultural studies, philology and political history.

Artek as the Capital City of Soviet Children
This famous children camp was officially dubbed as “capital city of Soviet children”. Founded in 1925 as a medical rehabilitation centre for children, Artek soon became the model of children’s communist paradise intended as a showcase of the achievements of the State’s political and propaganda technologies. Indeed, the superb living conditions and facilities for the children staying in the camp were a dream come true compared with the usual living conditions of most Soviet people. By the 60s, tens of thousands children from various countries passed through the camp each season. The list of celebrity guests who visited Artek in the 40s and 60s includes Nikita Khruschchev, Clementine Spencer-Churchill, the British Prime Minister's wife, Jawaharlal Nehru, Indira Gandhi and Yuri Gagarin. Artek’s Archive reflects the camp’s history in the period between 1944 and 1967. All earlier records were lost during the Second World War when Artek was under the German occupation. The camp’s records covering the 70s and 80s are stored within the camp, and it is difficult for researchers to access these materials.

Children in the Soviet Union
The Soviet childhood phenomenon has recently become a subject of increasing attention of anthropologists, specialists in cultural studies, linguists, philologists as well as political and social historians. Soviet children’s culture had its own musical and language traditions, art, theatre, cinematography, powerful graphic symbols, elaborate ceremonies and rituals and its own literature. The world of the Soviet child was carefully controlled by adults. On the one hand, children immediately participated in the social life of Soviet adults: children partook in demonstrations with their parents, listened to political information on the school radio, etc. On the other hand a special microcosm was modelled for the Soviet child: the Pioneer organization. Children’s life had to flow along the stream of “rules for the behaviour of pioneers” and “pioneer laws”. A child’s time, space, everyday life and holidays were strictly regulated. Together with school, it was more effective than the family in having an effect on the upbringing of children. For many decades this guarantied the vitality of that special type of the human species, the Homo Sovieticus.

The collection contains
• Materials on Soviet social and health policies
• Children health reports, food rations and provision standards
• Materials on educational and ideological work carried out in the camp
• Numerous children’s letters including letters of foreign children
• A collection of songs and event plans
• Broadcast texts and lists of recommended films.
Microfilm Collection