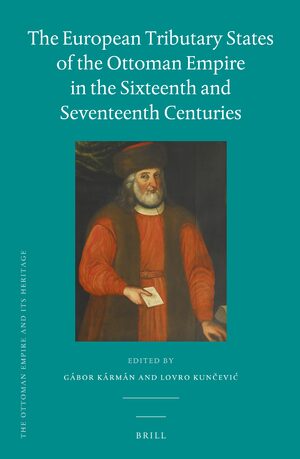 Editors: Gábor Kármán and Lovro Kunčević
The European Tributary States of the Ottoman Empire is the first comprehensive overview of the empire’s relationship to its various European tributaries, Moldavia, Wallachia, Transylvania, Ragusa, the Crimean Khanate and the Cossack Hetmanate. The volume focuses on three fundamental aspects of the empire’s relationship with these polities: the various legal frameworks which determined their positions within the imperial system, the diplomatic contacts through which they sought to influence the imperial center, and the military cooperation between them and the Porte. Bringing together studies by eminent experts and presenting results of several less-known historiographical traditions, this volume contributes significantly to a deeper understanding of Ottoman power at the peripheries of the empire.

€167.00$217.00
​
Add to Cart
Gábor Kármán, Ph. D. (2009), Eötvös Loránd University, is a research fellow at the Center for the History and Culture of East Central Europe in Leipzig. He is the author of the monograph Transylvanian Foreign Policy after the Peace of Westphalia (in Hungarian).

Lovro Kunčević, Ph.D. (2012), Central European University, is a research fellow at the Institute for Historical Sciences of the Croatian Academy of Sciences and Arts in Dubrovnik. He has published on the ideology, identity and institutions of medieval and early modern Dubrovnik.
'The major success of the volume is that the authors managed to challenge an approach deeply enrooted in many national historiographies, in which the alleged statuses of the Early Modern states seem to reflect more the questions of national dignity that are articulated today by their successors than they do any reliable assessment of the available sources. The authors whose essays have been included in this volume have situated their research within the context of modern Ottoman studies in order to focus not on the struggles of the tributaries for self-governance associated with autonomy and, furthermore, with the independence of the respective states, but rather on peculiarities of their functioning within the Ottoman Empire'.

Section One
The Legal Status of the Ottoman Tributaries

The Legal and Political Status of Wallachia and Moldavia in Relation to the Ottoman Porte
Viorel Panaite
Sovereignty and Subordination in Crimean-Ottoman Relations (Sixteenth–Eighteenth Centuries)
Natalia Królikowska
Between Vienna and Constantinople: Notes on the Legal Status of the Principality of Transylvania
Teréz Oborni
Janus-faced Sovereignty: The International Status of the Ragusan Republic in the Early Modern Period
Lovro Kunčević
Cossack Ukraine In and Out of Ottoman Orbit, 1648–1681
Victor Ostapchuk

Sovereignty and Representation: Tributary States in the Seventeenth-century Diplomatic System of the Ottoman Empire
Gábor Kármán
Diplomatic Relations between the Ottoman Empire and the Republic of Dubrovnik
Vesna Miović
Enemies Within: Networks of Influence and the Military Revolts against the Ottoman Power (Moldavia and Wallachia,Sixteenth–Seventeenth Centuries)
Radu G. Păun

Section Three
Military Cooperation between the Ottoman Empire and Its Tributaries

The Friend of My Friend and the Enemy of My Enemy: Romanian Participation in Ottoman Campaigns
Ovidiu Cristea
The Military Co-operation of the Crimean Khanate with the Ottoman Empire in the Sixteenth and Seventeenth Centuries
Mária Ivanics
‘Splendid Isolation’? The Military Cooperation of the Principality of Transylvania with the Ottoman Empire (1571–1688) in the Mirror of the Hungarian Historiography’s Dilemmas
János B. Szabó
The Defensive System of the Ragusan Republic (c. 1580–1620)
Domagoj Madunić

Section Four
Instead of a Conclusion: on the “Compositeness” of the Empire

The System of Autonomous Muslim and Christian Communities, Churches, and States in the Ottoman Empire
Sándor Papp
What is Inside and What is Outside? Tributary States in Ottoman Politics
Dariusz Kołodziejczyk
Notes on Contributors

All interested in the history of early modern Southeastern and East Central Europe, as well as the Ottoman Empire and its European peripheries.

The Battle for Central Europe 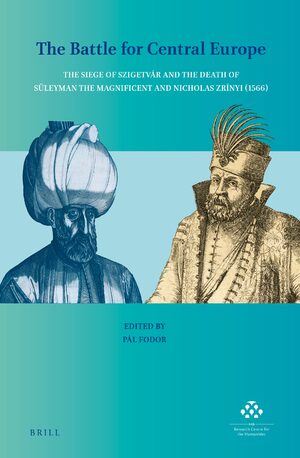 Tributaries and Peripheries of the Ottoman Empire 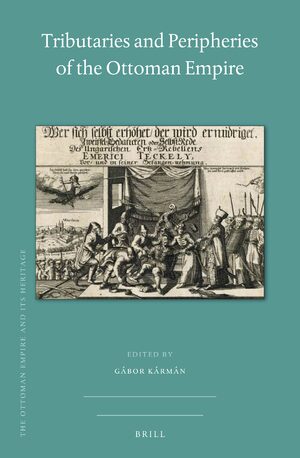 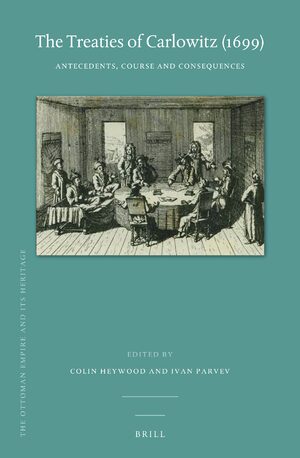